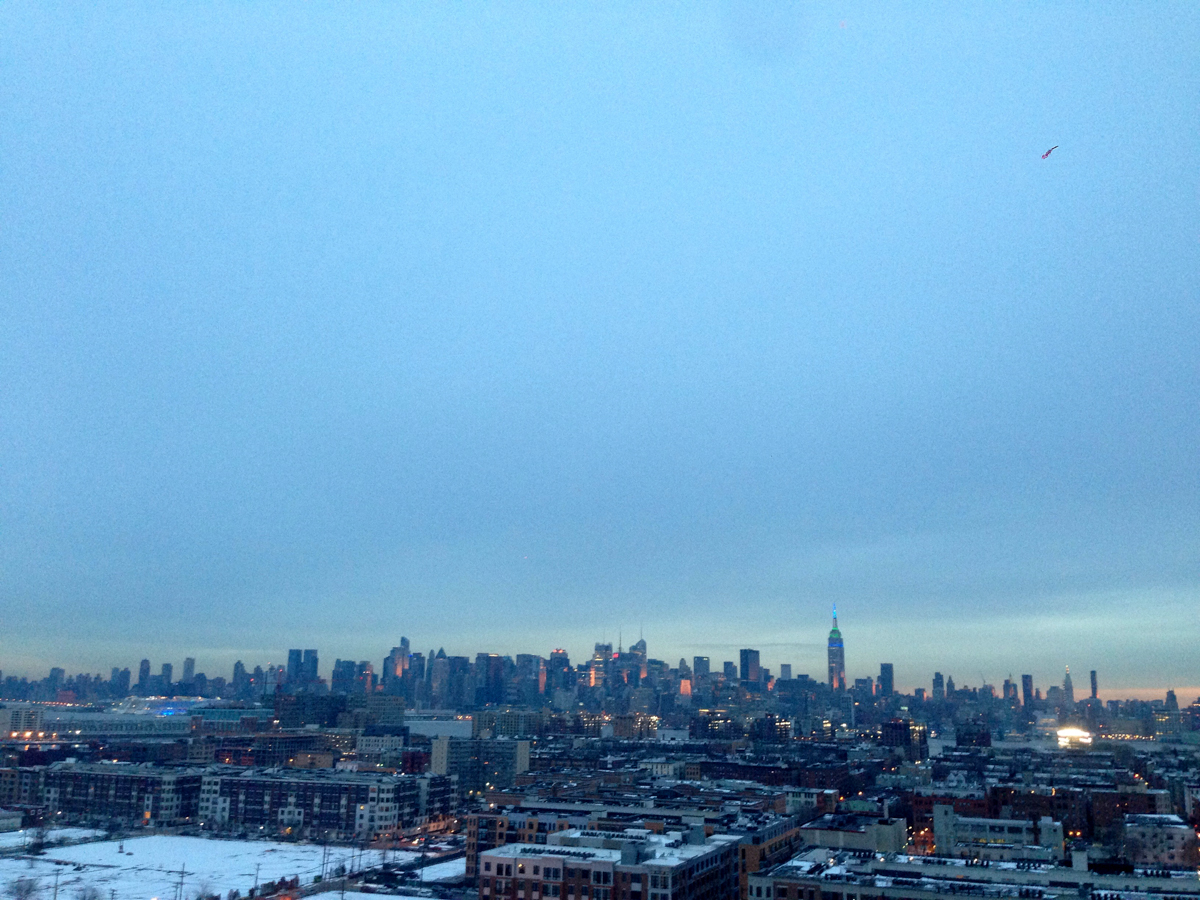 The past two weeks has felt as if my life has been speeding ahead, yet I’m doing nothing to propel it forward. Rather I am sitting here, watching it, beyond grateful for the things unfolding before me.

Many of you know of my recent feature in Main Line Today magazine. I met with the editor, Hobart Rowland and had the pleasure of picking his brain about his industry. It has been a more recent discovery that a position in the magazine field is my ultimate goal. Whether this be someone behind the camera, laying out images or any other role that helps to piece the issue together.

I enjoy working with other people, especially in creative fields. It fulfills both my artistic and business interests. A magazine is appealing because it is many creative individuals coming together to create one thing. It take collaboration, inspiration and teamwork. The end result is often something tangible, interweaved with the creative juices of those that spent the time to create it.

My dad taught me at an early age, that regardless of your profession, you must know people to get anywhere. I am grateful that this idea was taught to me as a foundational principle. Over the past few years I have attempted to build connections in all facets of my life, not only because I thrive amongst human interaction, but because I have learned the value in a wide variety of connections.

Temple University was one of the best choices I could have made, when it came to networking. Located two miles outside one of the most bustling cities, there is always opportunity for new contacts. As a photographer, I learned early that I had a tradable skill. Being on a college campus, I realized I had an abounding resource of future professionals. Meaning, it was my goal to photograph as many different people in different majors, through the use of head shots and other type of photographing; in the end, resulting in further connections.

Teachers are another valuable resource. Sometimes, as students, I think we often forget that our teachers are also very successful professionals. But we have the opportunity to learn from them and befriend them. Some of my greatest mentors have come from the classroom.

My biggest mentor at Tyler School of Art is Martha Madigan, the head of the photo department for the last few decades. I have had the pleasure of learning from her, even though our artwork is very different.

She learned quickly that I was interested in fashion and connected me with her daughter, who works at Vogue in New York City. I had planned to possible pursue an internship position at Vogue after the completion of my studies. Although I did hope for the opportunity, I had also prepared myself for the likelihood of this not happening and it seemed it would not.

Last week, I received an exciting email that expressed that a very low entry position had become available in the fashion department at Vogue. Although not in the photo department, I was very excited for the possibility. Within an hour or so, my interview had been set for two days later in NYC. Within a moment, my entire week changed as I began to plan for a quick trip into the city.

Regardless of the outcome, I am unbelievably grateful for the opportunity and experience. I knew the job would need to be fulfilled ASAP, meaning a possible, rapid move to the city.

Because of this I began to prepare for the best as I used many social media platforms inquiring about connections in NYC. I was humbled as many friends helped to connect me with their friends and family in the area who would be willing to help me get my feet on the ground.

With the Super Bowl approaching I was nervous to travel into the city the morning of the interview, I took the opportunity to stay with a friend of a friend in New Jersey, driving there the evening before. I am so grateful for Katie and her husband who allowed me to move in for the evening and continued to help me with my commute in the morning.

Vogue’s office is located in the heart of Time Square. After a ten block trek down broadway, slowly taking in the Super Bowl festivities, I set up shop in a small caffe. My interview was set for 11:30, so I made sure to arrive in plenty of time.

I purchased some yogurt and granola, convinced my stomach couldn’t handle anything heavier and found a little corner I could peacefully journal for the next hour. When the time came, I changed from my combat boots into my heels, stored away in a Gucci bag (that I borrowed). I arrived at the front desk and explained that I had arrived for my 11:30 interview. After a quick phone call to the twelfth floor, I was given an I.D. and hopped into the elevator.

Imagine exactly what you think a Vogue interview would be like….and that is what it was. I stepped out of the elevator to be welcomed by two parallel walls sporting the sleek black lettering, VOGUE. I somehow wasn’t nervous at that point, more excited. I quietly viewed the photographs in the waiting area and after a few minutes met my interviewer. 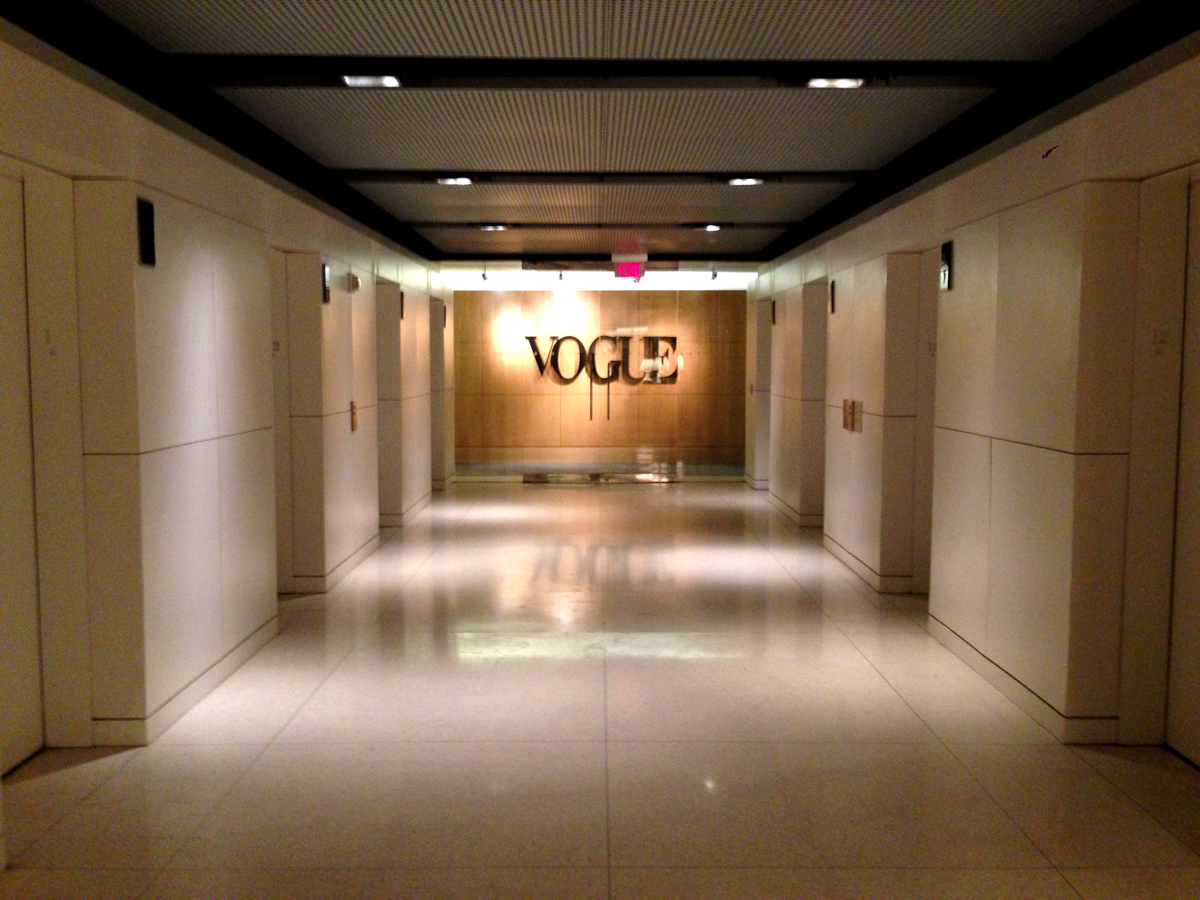 The interview was quick and to the point, very laid back. I was asked what I aspired to be and why I would be a good fit. I was told that the position was intense and a wrong move reflected very terribly on the company; a lost earring, a late clothing case could be detrimental. If any of you have seen, The Devil Wears Prada, I image the position to be similar to that of Anne Hathaway’s.

He asked if I only wanted a position in the photo department, or if one in fashion was of interested. Obviously, I said I was interested in any position that would allow me to be a part of such an established and renowned organization.

I left the interview, thanking him for his time and continued on my way. I had planned to explore the city but was still feeling very anxious so I decided to head back to Philadelphia.

The drive back allowed me time to process the event. Like previously stated, I was simply grateful for the experience, regardless of the outcome. But because I was no longer anticipating the interview, I was able to reflect.

Many of you know I finished school this past semester and had planned to continue to pursue my own photography business full time. I have become very comfortable with my lifestyle. I love Philadelphia. I am living comfortably with the finances I am making. I love my friends and I’m enjoying being even a greater part of my church.

An opportunity like this would no doubt break my comfort zone. I am not use to having to live paycheck to paycheck, or not being in charge of my own schedule. At first I considered declining the offer, if I were to receive it.

Fittingly, the service at my church the Sunday before my interview was about following after God’s plan and taking the next right step. My prayer for this opportunity is to not to be foolish, I strive to have a life that is submitted to God’s plan and not my own. Because of that, my prayer is that if NY is not the correct direction, that I would not be offered the position. If it is the correct path, I will accept the offer if presented, and go towards it with all the passion I can muster.

I’m trying to embrace the uncertainties of life. The way a moment can change all your plans. I’m trying not to be anxious in the waiting and trusting that God will continue to guide me.

I have not heard back from Vogue yet, but I will embrace the decision regardless of what it may be. If I don’t receive the position, I will chalk it up to a fantastic experience.

Thank-you for all the daily phone calls and text messages from people who are truly interested in hearing what will happen. I promise, I will keep you all posted!

Many of your questions are on what I wore to the interview, below was my outfit: 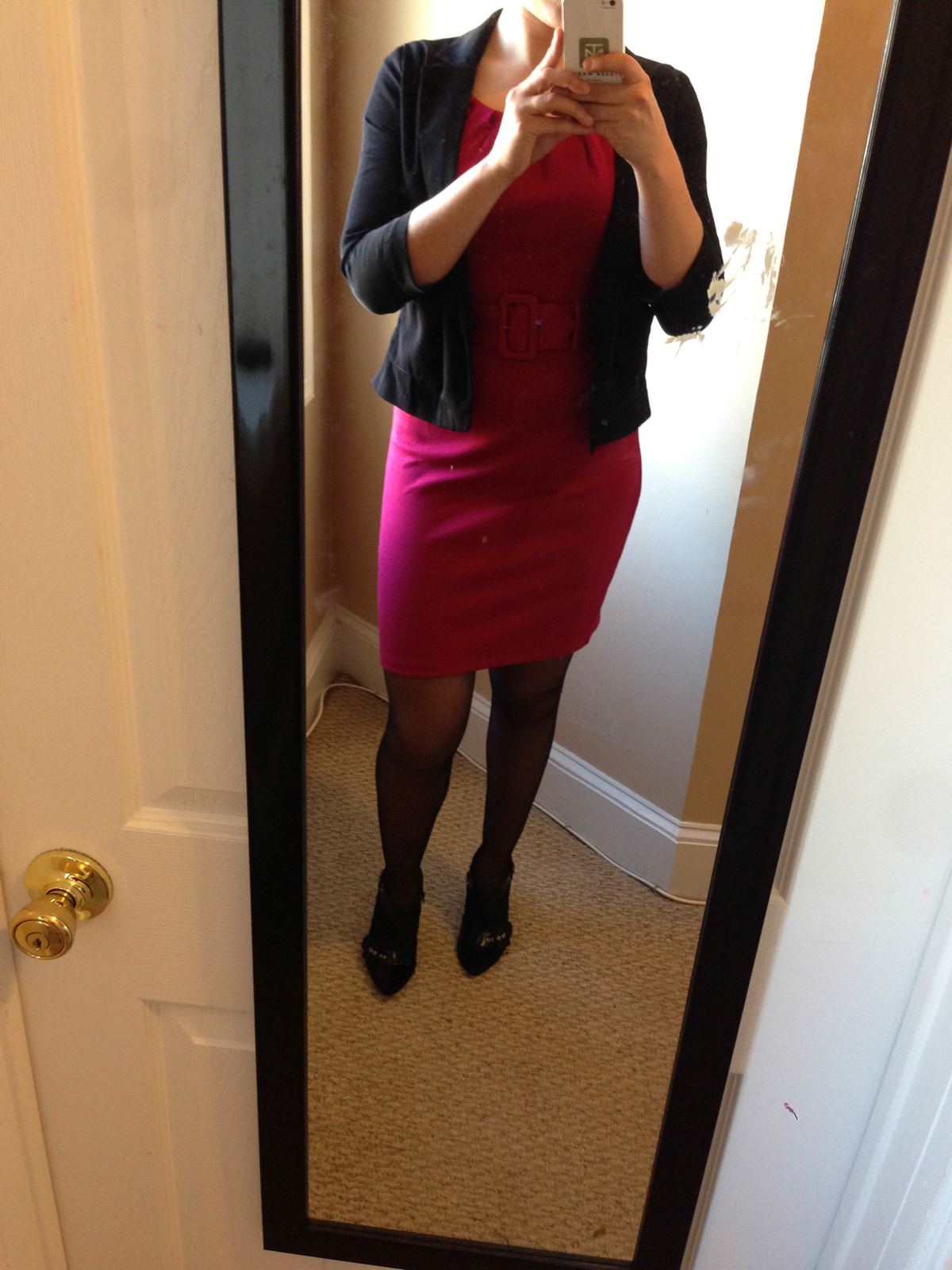 Obviously the most important part of the outfit….the shoes: 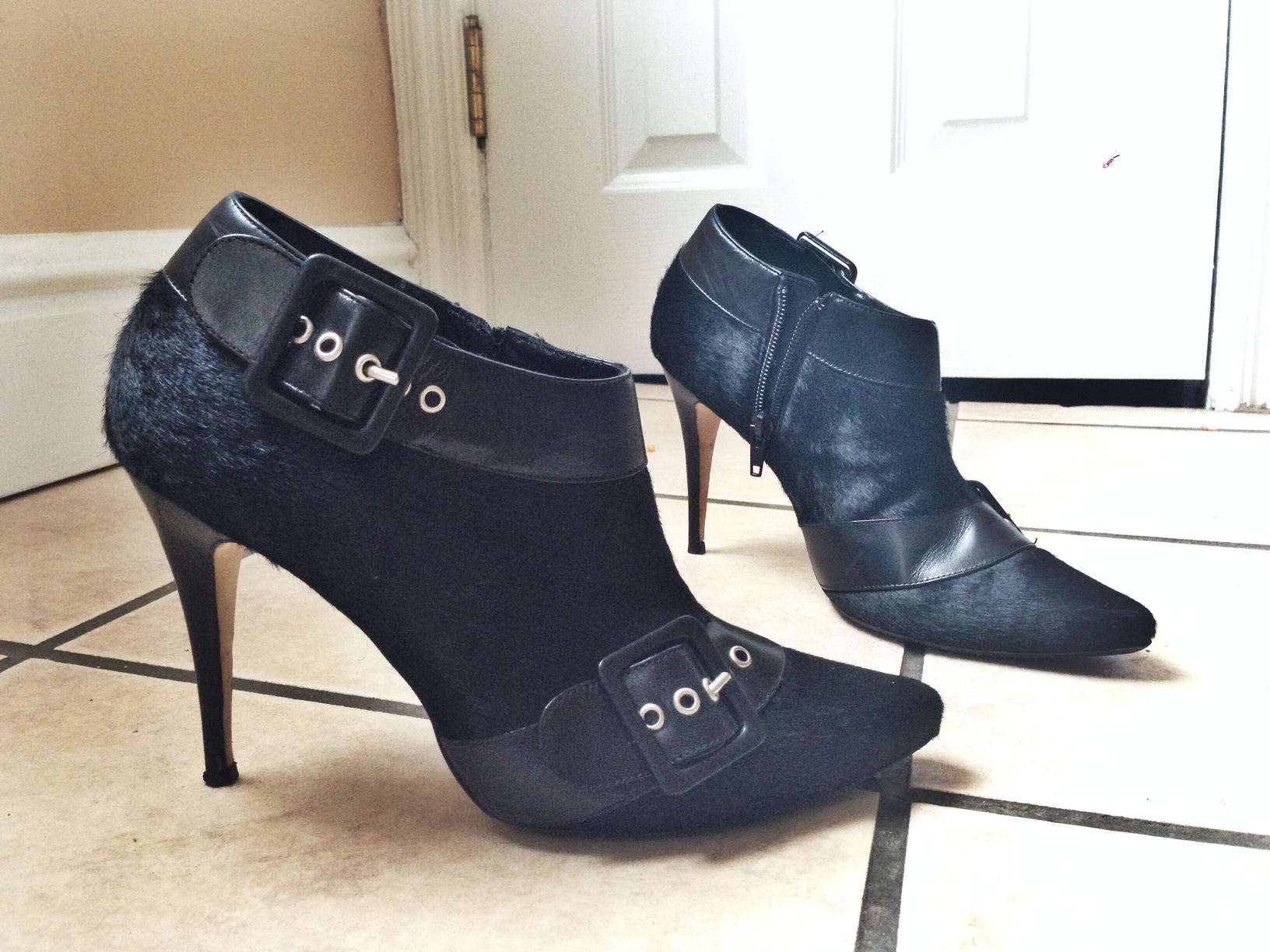 3 thoughts on “An Interview at Vogue”